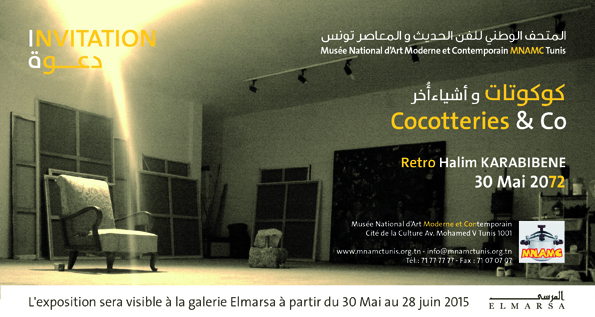 This solo exhibition is part of the serie of events organized by the artist since 2007 in the name of the National Museum of Modern and Contemporary Art, the MNAMC of Tunis, a museum that doesn’t exist, or not yet ! But this time, it’s the artist who invites himself to the museum, auto-exhibits, and does his “auto-curating”, drawing from the collection and archives of the “MNAMC”! A kind of fiction, but with real artworks, skillful and versatile, created during the confused period that Tunisia went through, and is still enduring since the end of 2010.

As a “Transdiscipliné”, Karabibene presents his prolific work who travels “between” techniques, cities and time. Paintings, etchings/prints, photographs, installations and videos made between Bizerte, Paris and Berlin.

Artworks tracing his “Donquichottesque”, artistic and funny battle for the existence of the “MNAMC”, armed with his pressure cooker permanently on the verge of an explosion. Pressure cooker that was the shape of the futuristic museum, – meant to have existed in 2069 – and which became, after the “Revolution”, the symbol of a high-boiling Tunisia and a support for Karabibene’s visual research. The alchemist-artist’s laboratory-cooker “Master of the fire and the valve”, always boiling and bubbling, whistling, pitching on the flow of events.

He shows paintings and prints/etchings which left a mark on his return to the “Studio”. A return to himself, inward, after the earthquake, the street life call and the excess of reality. An excess which was revisited to be «trans-deformed”, bringing him back to his “Onirealistic” world and his unrestrained pictorial fictions.

Halim Karabibene as a museum curator also, presents pieces of the monographic archive of “Karabibene” that the National Museum of Modern and Contemporary Art of Tunis is supposed to be holding. Life marks, sketchbooks, exhibition catalogues, press articles… All museographic resources, which will make the coming catalogue – currently empty –, are to write a story, a history, that wasn’t only fiction. 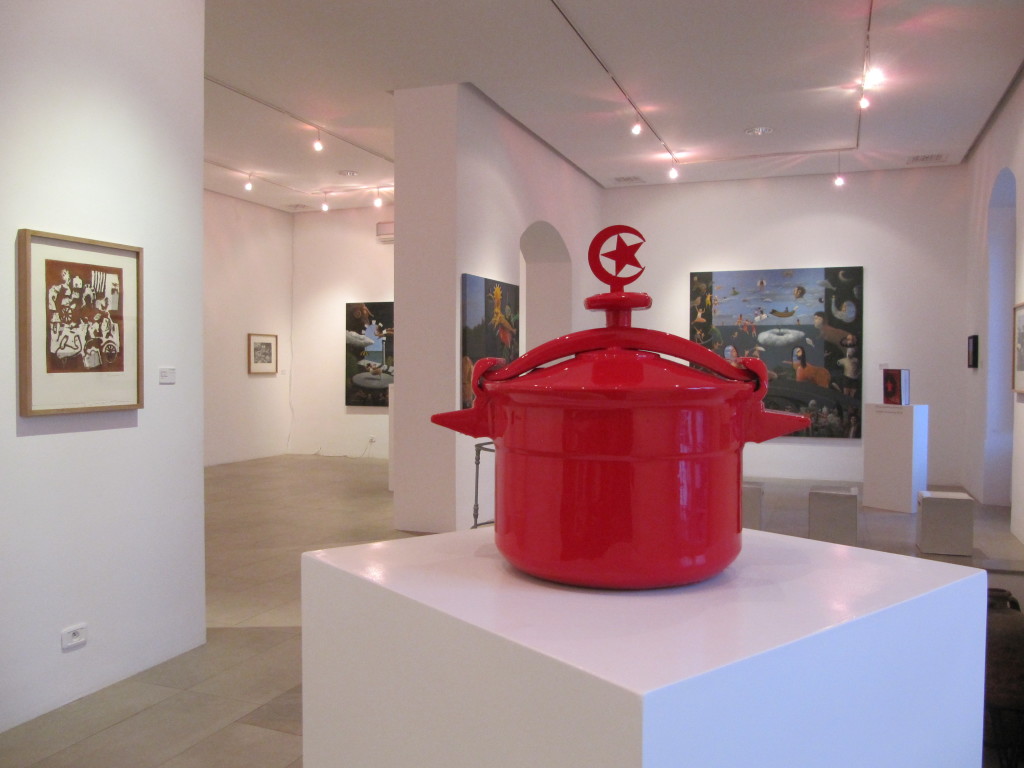 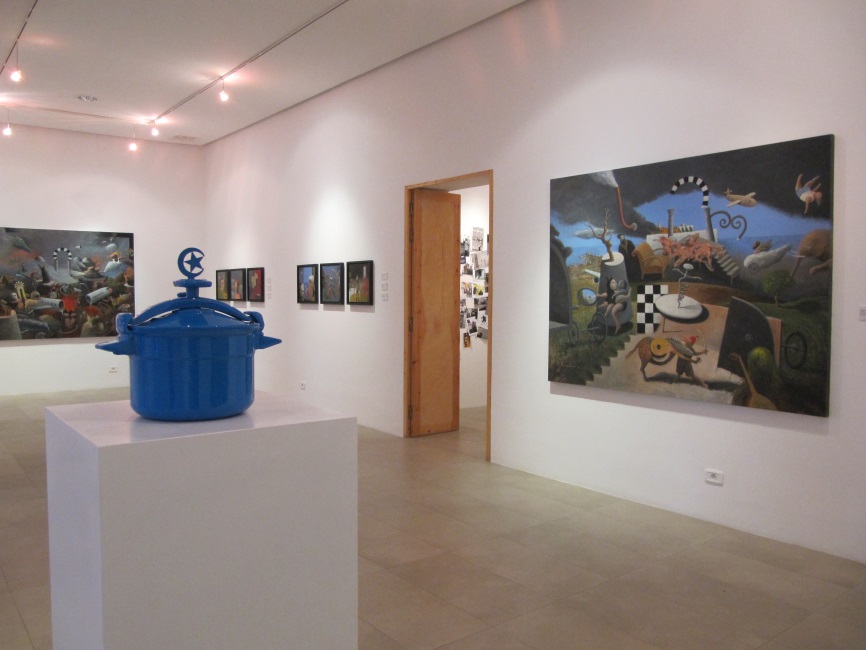 “The purpose of the exhibition unfolds levels of various realities, multiplies genres and techniques, mixes up the paths leading to documents. It states the adventures of a museum that is not only an imaginary one, it invites us each time to change minds and bodies to improvise a new look for each occurrence, to whistle like a pressure-cooker, to grow up, to replay nonsensical mini-dramas, to write down, unashamedly, on empty pages of a hypothetical catalog and ultimately to believe deeply, free from any divinity and major entities, who are a fundamentally aesthetic sacredness of the little things of our ordinary life. Halim Karabibene tells us, may be, that the unfinished and unachievable Tunisian Revolution would benefit more by getting connected to the small art revolutions that are suggesting new maneuvers in the field of our everyday life and our intimate one.”
ImedJemaiel