The People’s Committee for the Protection of the MNAMC (National Museum of Modern and Contemporary Art) in Tunis was founded on 19th January 2011; it was based on the model of the neighborhood committees founded in Tunisia to protect the inhabitants after the 14th January 2011. Its purpose was to draw attention, in an ironic way, to the fact that there is no museum for modern and contemporary art in Tunisia.

The pressure cooker first appeared in my works in October 2007, initially as an architectonic form, later as the logo of a future, post-modern museum. The occasion was an exhibition in memory of the late Tunisian artist Faouzi Chtioui. In a letter, he received an announcement of the solemn opening of the MNAMC in the year 2069, as well as a “picture postcard” of the future museum. Since 2007, various actions and performances have been realized as commissioned by the MNAMC, which does not (yet) exist, either on the Internet or in the real world.

One of those actions took place in front of the MOMA and the Guggenheim Museum in New York on 23rd December 2010.

Since 19th January 2011, the pressure cooker has become a weapon of the Committee to set up the MNAMC, which is participating in a Don Quixote-like struggle. Now our target is not the year 2069, but this very year, thanks to hopes sustained by the Tunisian revolution!

During the curfew, when alone at home, I posed as Soldier Nº1 of the Committee, wearing the pressure cooker on my head as a helmet, holding its lid as my shield and with my painting overalls as an uniform. Then I recorded the video Communiqué Nº1. On the very same evening, I published all this on the network Facebook, free of being censored and announced the foundation of the people’s committee for the protection of the MNAMC.

Later, I had 69 artists, gallery owners, art students, collectors and representatives of civil society model this uniform; they were allowed to choose their own “weapons“ . In a different version, which was shown in the Institut du Monde Arabe in Paris, there were as many as 99 soldiers. With “The Berlin Brigade” the committee has reached the number of 142!

Other artists from around the world will join the Committee and so help it develop towards international significance! 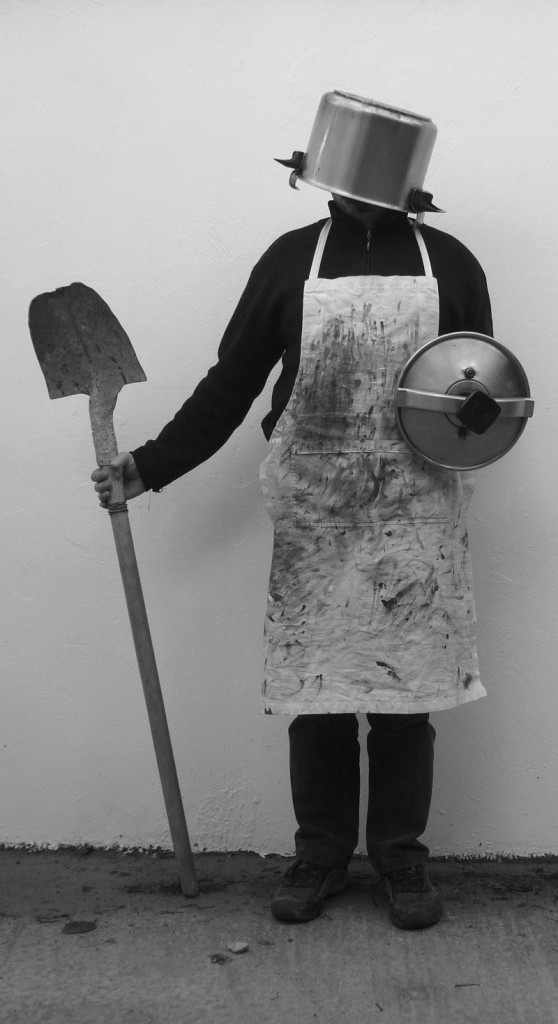 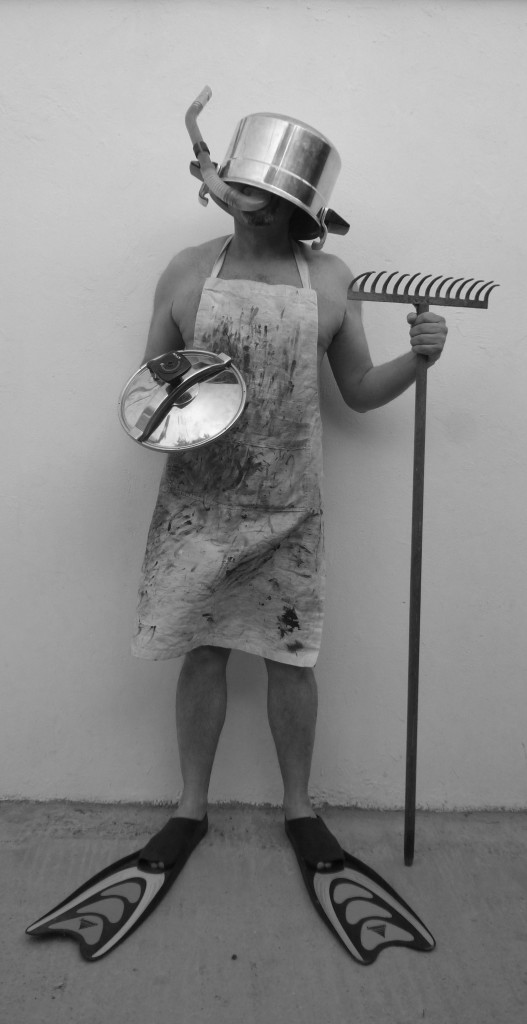