During the demonstration on 25 February 2011 in the place of the Kasbah in Tunis (Sit-in Kasbah 2) which tumble the second government after Revolution (Ghannouchi governement). 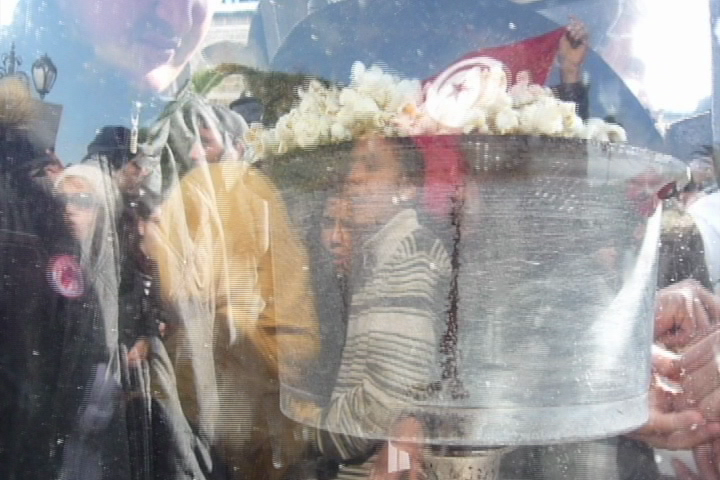 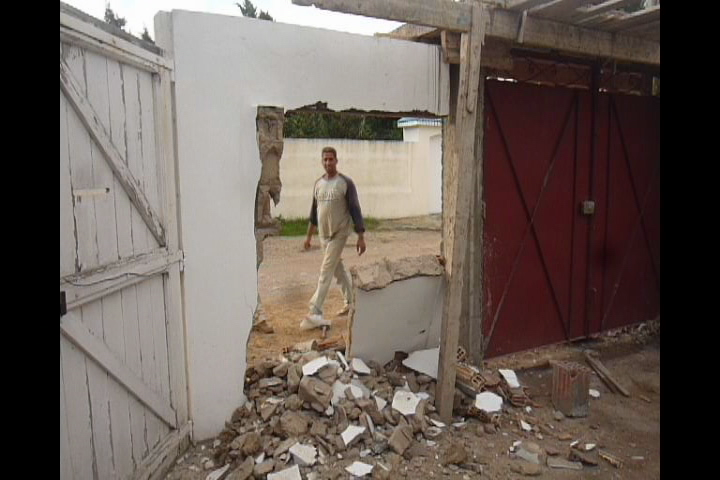 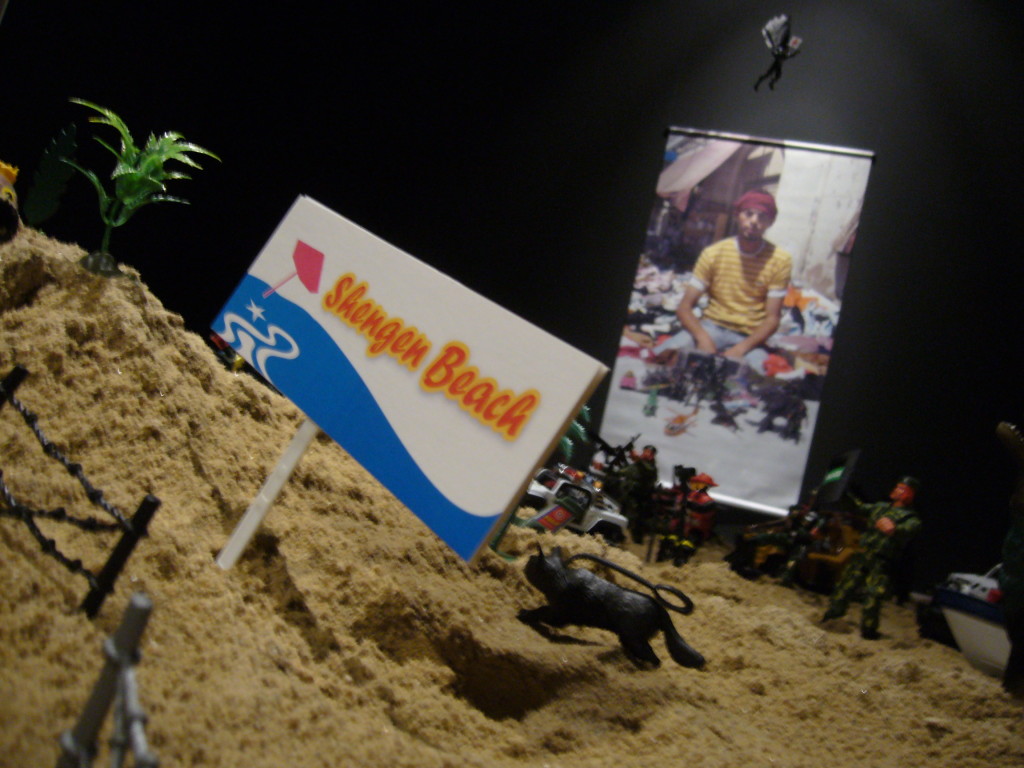 The open market le souk is so open that it becomes clandestine, sometimes invisible, playing hide- and-seek with the municipal authorities and the police. As for the boutiques and windows displays, used cardboard boxes and white plastic suffice. Merchandise is often even on the ground, spread out on the cobblestones of medieval Tunis: toys, ornaments, high-tech fakes made in the no man’s land of globalization. Under some cobblestones, “there is no beach” , but it’s sand could serves to build castles in Spain or elsewhere. The sellers, unemployed for a long time, some of whom are graduates, are the future candidates for an escape over the sea towards a “Schengen-Paradise” where toy-weapons become real…so real that they kill and where the sea is so blue that they can drown in the water and end up as cadavers in the land of wonders! In that place there are no more borders between walls and beach, between heaven and hell, between the weapon and the toy, between games and drama, between world and filth.